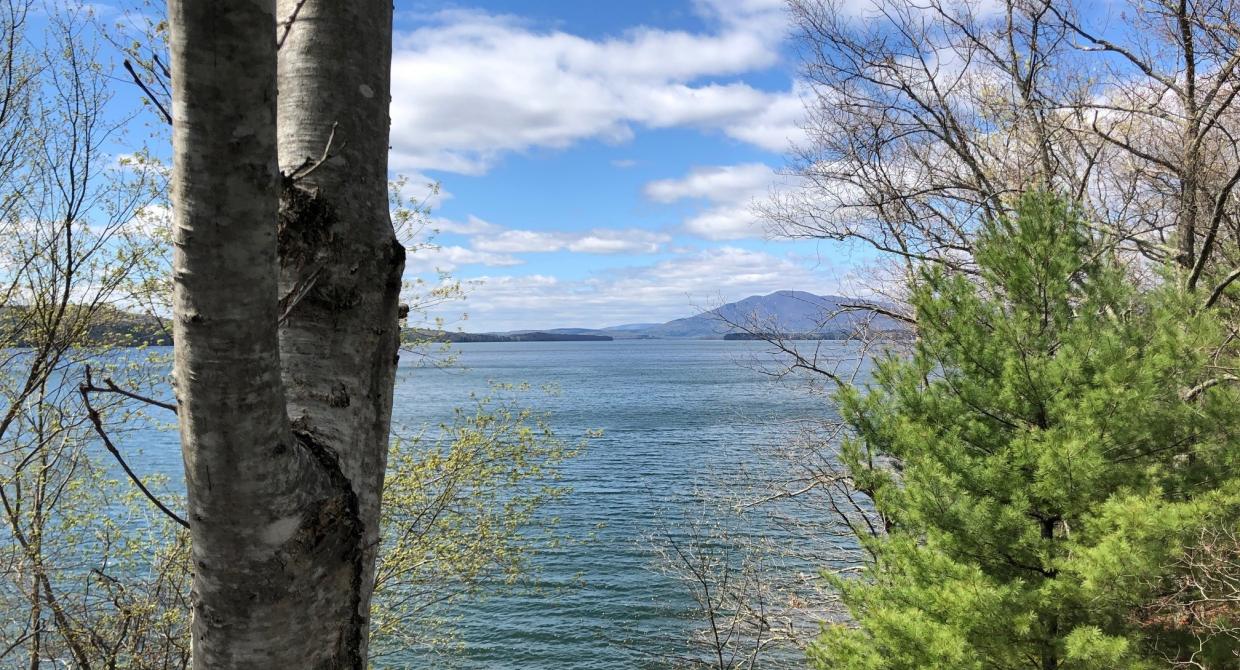 On April 12, Premium Energy Holdings withdrew its hydroelectric proposal for the Ashokan Reservoir after strong opposition and concern about the impact of the project. Our congratulations and thanks go out to everyone who helped to stand up against this threat to the Catskills.

However, our work is not finished. Premium Energy plans to look for other reservoirs in the New York City watershed for its energy project. This energy company and others will continue to look for viable sites within our region. The Trail Conference will remain vigilant and alert our community if any new proposals pose a threat to the trails and natural areas we protect. We will continue to stand up for open spaces and your safe, enjoyable connection to them.

Read WAMC's interview with the president of Power-Tech Engineers about withdrawing his proposal and the company's future plans for our region.

The Trail Conference opposes a proposed hydroelectric facility that would irreversibly damage areas of the Catskill Forest Preserve. We need your help to stop this ill-conceived project.

Premium Energy Holdings of Southern California has proposed a pumped-storage hydroelectric facility within the boundaries of the Forever Wild lands of the Catskill Forest Preserve that would have negative impacts on the Ashokan Reservoir and surrounding area. This proposal directly threatens the experience of trail users in the Catskill Forest Preserve, the ecological sustainability of the Forest Preserve, trout breeding grounds, the quality of the New York City water supply, and so much more. The Trail Conference has submitted a formal request to be an intervenor to the proposed Ashokan hydro dams.

We are calling on the trail community to speak up against the proposed dam to protect this special land. The deadline to submit comments about the proposal is Monday, April 12.

The process of making your voice heard NOW is imperative and very simple. Heres's how to take action:

On Feb. 18, a notice in the Federal Register alerted communities in the Catskills near the Ashokan Reservoir to a preliminary application filed with the Federal Energy Regulatory Commission (FERC) by Premium Energy Holdings of Southern California for a large and poorly conceived “pumped storage” project. It would draw from the existing Ashokan Reservoir, plus a newly created dam and reservoir at one of three alternative sites near the Ashokan, for generating hydroelectric power. If you're looking for a deep dive on the proposal, check out this presentation by journalist Ginger Strand.

The plan was submitted with no input from New York City’s Department of Environmental Protection (NYCDEP), New York State’s Department of Environmental Conservation (NYSDEC), or from local leaders and stakeholders. NYCDEP and NYSDEC, along with the following municipalities, have filed or are reported to be filing comments, along with motions for formal status as intervenors (what this means is described below):

A broad range of local nonprofit groups opposing the project are formally commenting and seeking status as intervenors:

What does it mean to intervene and who can do it? Among the ways that a person, organization, agency, or municipality can participate in reviewing–and objecting to–a proposal submitted to FERC, seeking status as an intervenor preserves the most rights, including the right to participate in legal actions brought in regard to a proposal. The process involves discerning whether and how one might be harmed by a proposed project and then submit a short Motion to Intervene to FERC. Individuals could be harmed, for example, if they own property that might be flooded by the proposed dams and reservoirs or if they recreate on lands that would be adversely affected by the construction or operation of the project. The Trail Conference has submitted a request for intervenor status.

How You Can Take Action

What should you mention in your comments to FERC and your representatives?

Remember: Our united voice is the Trail Conference’s most powerful tool!