Two Streams and a Dream

Two Streams and a Dream 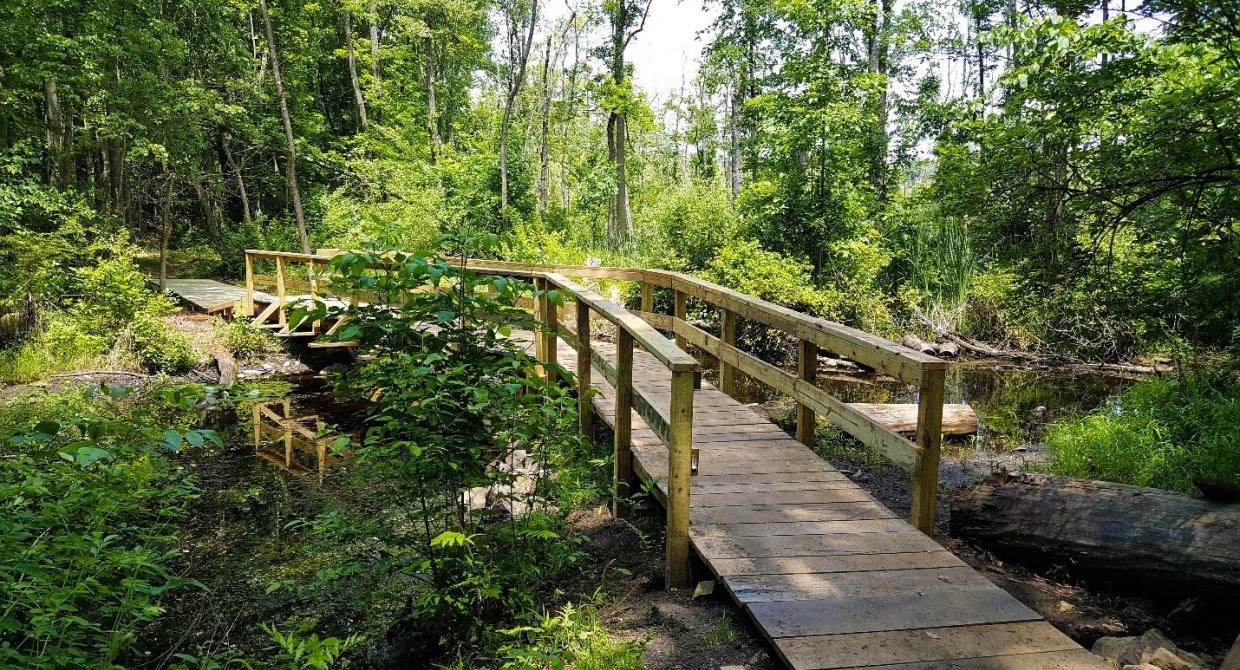 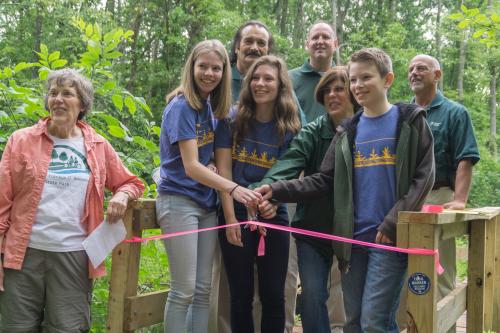 FDR State Park is the largest park in the Town of Yorktown in New York’s Westchester County, featuring a popular swimming pool and picnic areas, as well as a lake for fishing and more secluded woodlands for exploring. Creating greater access and connecting the park to the Yorktown business area via an abandoned rail bed was a dream of Regional Director of New York State Parks Taconic Region, Linda Cooper, who previously served as Yorktown town supervisor. Long-time residents and active Trail Conference volunteers, Jane and Walt Daniels had an even larger goal: Connect Yorktown’s 25-mile trail system surrounding the Taconic State Parkway to FDR and beyond. With the opening of a new trail connection in July, significant progress has been made in achieving these goals.

Two factors helped jump-start the Crom Pond Trail project: The Trail Conference maintains trails in FDR, and Jane is president of Friends of FDR State Park. In 2013, the latter received a federal Recreational Trails Program grant to build two bridges and a boardwalk in the wooded area in the east and southeast sections of FDR. From the beginning, Jane realized that the Friends would need help with such an ambitious project—so she rallied her trail friends. 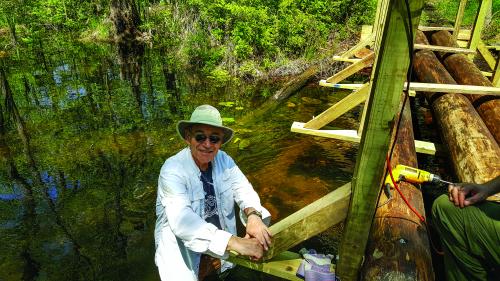 Over the next four years, almost 90 people became involved in multiple trail-building projects to open inaccessible areas of the park for the public to enjoy. In addition to the ongoing work of the Friends, Jane supervised volunteers from the Westchester Mountain Biking Association and the Pleasantville MTB Team, who built a 70-foot boardwalk. She mentored Boy Scout Eric Fitzgerald, whose Eagle project was building a 20-foot bridge over the inlet stream of Crom Pond. And she directed volunteers from the Trail Conference, including the Westchester Trail Tramps trail crew, as well as Conservation Corps members, in building a 32-foot outlet bridge with a 50-foot boardwalk on the north side and a 25-foot ramp on the south side. On July 29, the completion of the outlet bridge and this inspired trail project was celebrated with a ribbon-cutting ceremony.

Without so many groups pitching in, this highly anticipated trail connection could not have been made. Thanks are due to everyone who helped. Many hands do make light work, even if it involves moving rocks and lumber.