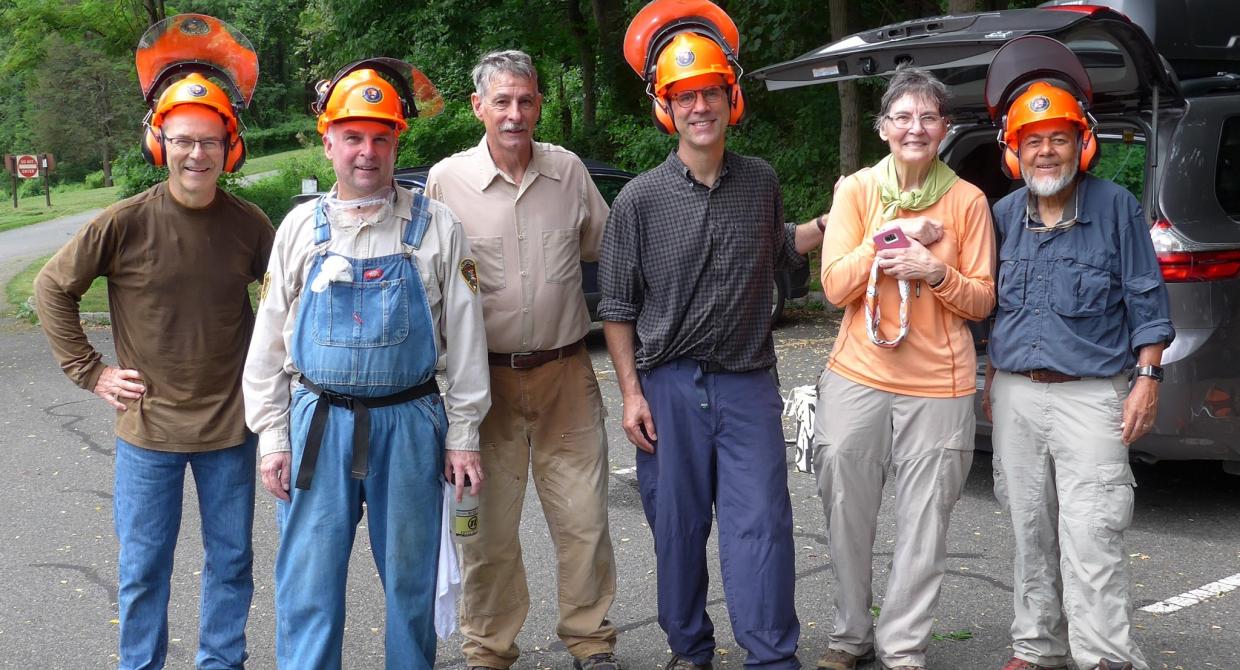 Volunteer leaders Bob Jonas and Estelle Anderson care just as passionately about their fellow volunteers as they do trails. In Morristown National Historical Park in Morris County, N.J., the duo has created a roving trail crew dubbed the Clipping Brigade. The crew tackles the park’s trails most in need of care at any given time.

Estelle shares the secret to their success:

“A good portion of the trails in the park tend to be overgrown due to aggressive invasive plants/shrubs. Most of them have thorns. A solo volunteer working on his/her trail section tends to get overwhelmed with the manual clipping and lopping of this overgrowth.

Last year, we started gathering a few volunteers to address the overgrowth. We soon learned the group enjoyed working together, and probably worked harder since there was encouragement and camaraderie.

This roving trail team has already gone out on nine work trips this season.  The least number of participants was five; the most was nine. This is our weekday crew. We also have a weekend crew comprised of those folks who are working. They confer as to which section needs to be cleared and tackle it, usually with four to six people. Regardless of weekday or weekend trail workers, there's always communication, as well as tips as to what and where work is needed.

This amazing group is committed to the trail work and committed to being part of a group effort—they are there even in heat, humidity, and bugs. All of us are sweaty, scratched, covered with clipping debris, and still the guys smile. It's all about having fun!

Plus, I bake dozens of brownies—their reward for hard hours of work. The nice thing is, while munching (gobbling) the brownies, it becomes a social half hour or so where they all get to talk with each other.

Our goal has been to create a ‘trail family’ and that's what we have done.”