It Started with Litter

It Started with Litter 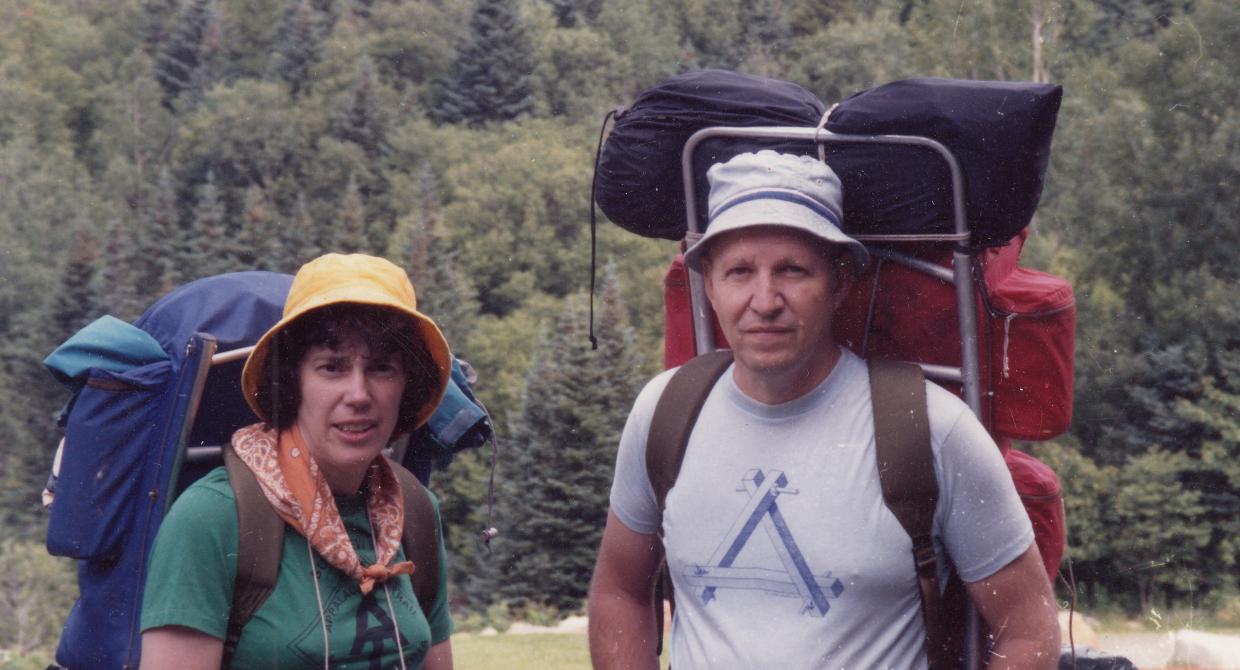 When Jane suggested that she and her husband Walt volunteer to help at the Trail Conference’s Litter Day in 1979, it was a way to pay back their enjoyment of hiking. Little did they know that their involvement would start a volunteer career spanning over 40 years and would give both of them numerous opportunities to learn new skills and make friends. Individually, their list of accomplishments is notable. What they have done together is even more impressive. But perhaps the greatest legacy they have created is the hundreds, if not thousands of volunteers they have worked with, trained, mentored, and inspired through the years. It’s an enduring testament to their tireless passion and dedication for caring for trails and public lands.

Litter Day lead to learning about the management of the Appalachian Trail, then becoming registrars at the New Paltz A.T. conference in 1983. Next, it was onto learning how to build a trail for an A.T. reroute in Putnam County. Here their different skill sets came into play: Walt manages rocks while Jane manages people. Even in separate roles, they remain a team.

Walt in 1998 at the Rock Drill Workshop held on National Trails Day on Breakneck Ridge.jpg

Walt has been a supervisor on a section of the Appalachian Trail since 1983, a role he has relished. (He has ensured its continued care by recruiting and mentoring his successor.) As someone involved with IT professionally, when personal computers were becoming available, he made sure the Trail Conference was an early adopter. He served as the organization’s first webmaster and developed its website three times. At the same time, he spent time in the field designing and building trails. At the end of 2020, Walt will step down from our Board of Directors. Outside of the Trail Conference, he has served on the Town of Yorktown’s Conservation Advisory Committee, the Open Space Advisory Committee, and the Appalachian Trail Conservancy’s Board of Managers.

Jane’s accomplishments are people-related; they include recruitment, chairing committees, and developing and presenting workshops. She served on the Trail Conference Board of Directors, including as Chair. Committees benefiting from her expertise include Publications, East Hudson Trails, Trails Council, and East Hudson Regional Trails Council. At the local level, Jane has developed a relationship with the Town of Yorktown and mountain bikers. Her skills developed at the Trail Conference are utilized elsewhere, both regionally and nationally. She has served on the boards for Hudson Valley Greenway, New York State Trails Council, Appalachian Trail Conservancy, American Hiking Society, and Friends of FDR State Park. At many of those meetings, you will find her knitting.

This couple’s teamwork comes to the fore both in the field and “behind the scenes.” Together, Jane and Walt have designed and built the Camp Smith Trail, trails in Fahnestock State Park, FDR State Park, and the parks in Yorktown. They have worked with youth on trail-related projects since 1989 and enjoy bridging the generation gap through volunteerism outdoors. While Jane was head of the A.T. conference at Ramapo College in 2007, Walt was the IT guru and developed its website. They are authors of Walkable Westchester, with the third edition due out this fall.

In April 2020 they celebrated their 50th wedding anniversary. They cannot imagine what life would have been like if they had not started volunteering with trails.