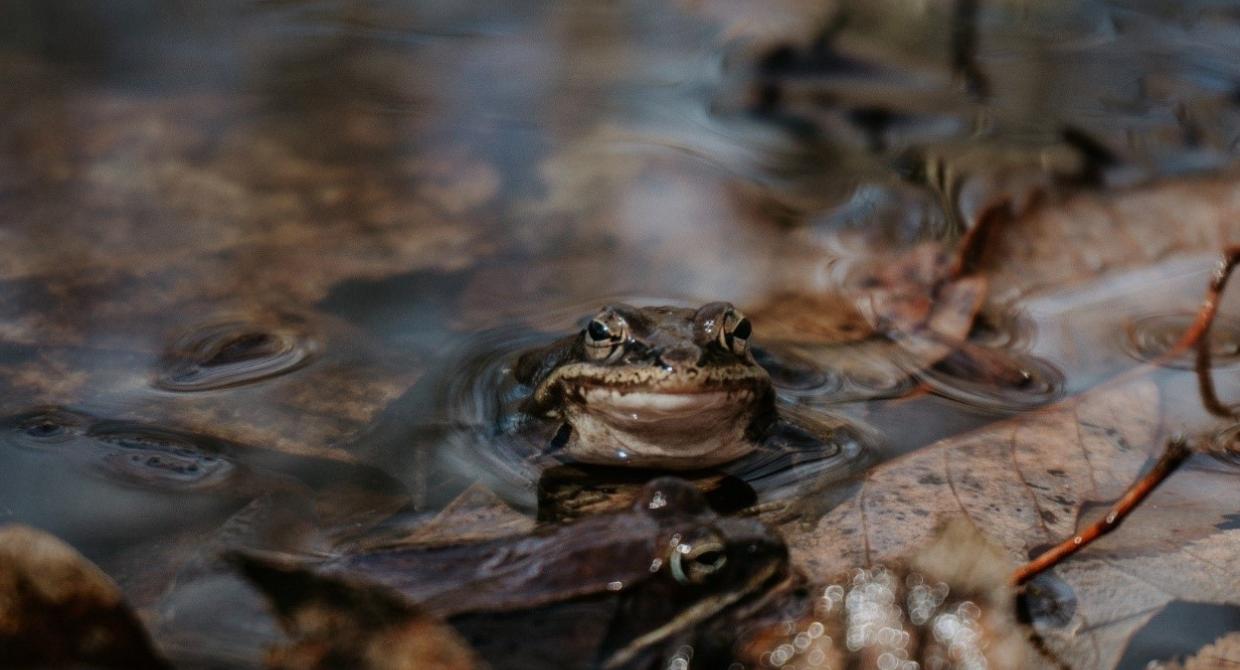 The Vernal Pool Steward program aims to illuminate challenges vernal pools face, educate the public on best practices to enjoy and protect these pools, and engage visitors in follow-up actions in the stewardship of vernal pools.

Help support programs like this during our 2021 Earth Day matching challenge (every dollar donated is doubled!). As an extra bonus, donations of $75 or more receive the Parks for All Hydro Flask Bottle, perfect for staying hydrated on your spring adventures (and at home!).

A resounding chorus of frog mating calls erupted as I hiked up to a secreted vernal pool on Bull Hill, only visible as I turned a corner through thick mist on the Washburn Trail. Vernal pools are essentially isolated and temporary wetlands. Unlike ponds or lakes, vernal pools are filled each year in late winter or early spring by snowmelt, rain, or groundwater. Then, usually in the drought months of summer, they dry up, which prevents fish from establishing breeding populations. Due to the lack of predatory fish to threaten eggs and vulnerable larvae, vernal pools are vital habitats for several species of breeding amphibians like wood frogs and spring peepers. 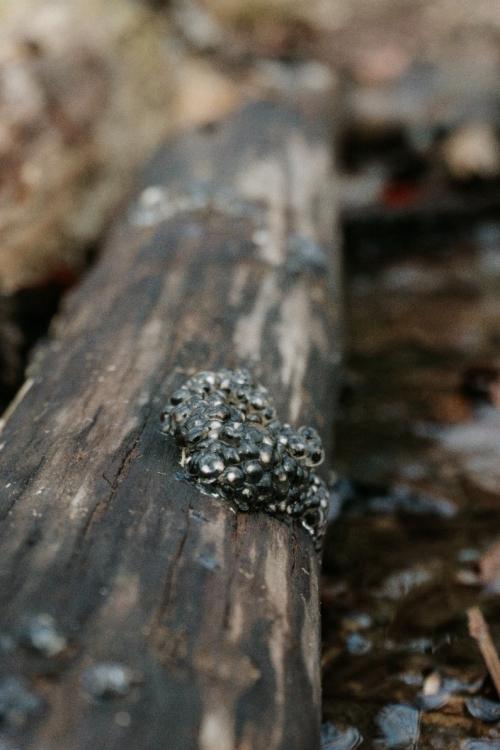 In early spring, these critters travel up to a quarter-mile, across roads and through the underbrush, to lay their eggs in vernal pools like the one on the Washburn Trail. Wood frogs, for example, can lay over 1,000 eggs in masses attached to submerged vegetation. The eggs can be very sensitive. If disturbed, the eggs may stop development altogether—that’s over 1,000 eggs that won’t turn into tadpoles.

Thanks to concerned Nelsonville, N.Y., citizen Heidi Wendel, the Trail Conference formed the Vernal Pool Steward position in 2020 to protect this vital habitat. The program was meant to accomplish three things: illuminate the challenges facing the vernal pool along the Washburn Trail in Nelsonville; educate the visiting public on vernal pools and best practices for enjoying the area; and engage the public in follow-up actions that encourage cooperation with the stewardship of vernal pools.

Over four and a half days of stewarding, 689 people and 58 dogs, 18 of which were unleashed, were recorded passing by the vernal pool. The average visitor was between 30 and 45 years old; lived 11 to 50 miles from the trail, and had visited the Washburn Trail several times before. Of the 58 dogs that passed, 18 were not on a leash (31%). Generally, those who were asked to leash their pups did so with smiles and apologies. I found that most didn’t even realize that leashing their dog was a requirement or know the possible harm an off-leash dog could cause to a sensitive environment. In fact, most people I surveyed (82%) had little, if any, idea what a vernal pool was. Even more (88%) had little to no idea what a spring peeper was, despite hearing their mating calls as I was surveying them.

Those who participated in the survey or simply stopped to learn about the incredible sound they were hearing expressed their gratitude for the information. They had learned something new, either about breeding frogs, hydrology, or Leave No Trace principles. If you visit the Washburn Trail in Hudson Highlands State Park in early spring, keep an ear out for breeding frogs. The Trail Conference recommends you stick to Leave No Trace principles, which include leashing your pup—both for their safety and that of native wildlife. If you're passing by a vernal pool with awe and appreciation, you're doing the exact right thing.